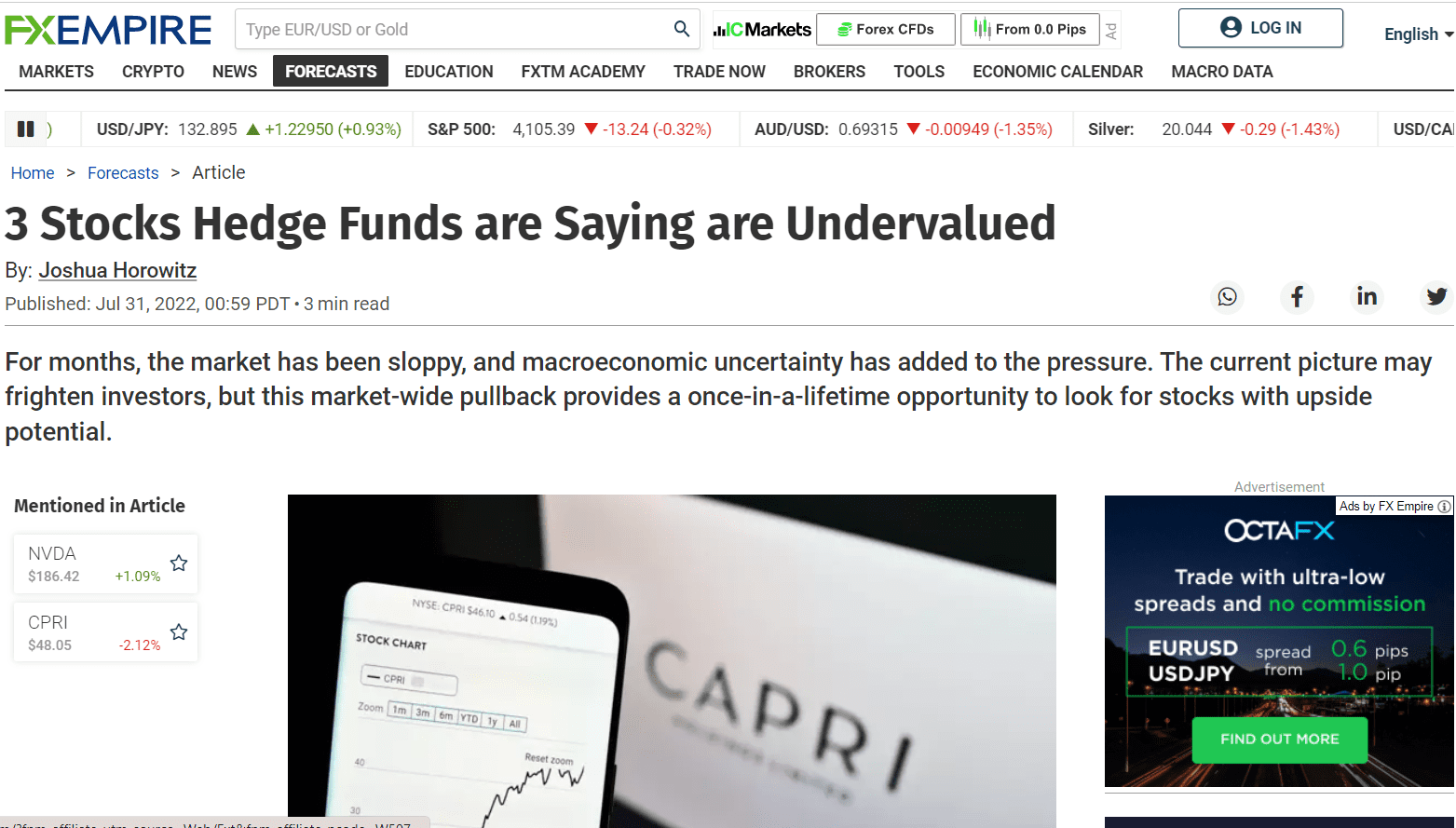 For months, the market has been sloppy, and macroeconomic uncertainty has added to the pressure. The current picture may frighten investors, but this market-wide pullback provides a once-in-a-lifetime opportunity to look for stocks with upside potential.

It is not the right time to flee from stocks because investing in high-growth companies today could lead to sizable returns in the long run as many of these companies are trading at a discount because of the pessimism in the broad market. The following are three stocks that hedge funds believe have significant growth potential.

NVIDIA is a semiconductor powerhouse, and despite the drop in GPU prices, this could be an excellent long-term investment opportunity given that the stock has taken a beating this year (down 40% YTD). GPU selling prices have been falling in recent months which is a major concern for investors. Given the continuous decline of PC shipments in the second quarter, GPU demand may have fallen further than in the second quarter as well. However, investors should ideally focus on the long-term prospects for the company.

NVIDIA is a leading player in many emerging high-tech sectors such as Artificial Intelligence, cryptocurrencies, Metaverse, and autonomous vehicles. Nvidia is likely to excel in the fast-growing gaming market as well, which is expected to be worth $339.95 billion by 2027.

In a recent independent research report on PlantX, New York-based hedge fund Capital Y Management referred to PlantX as “a market leader with a revolutionary business in a growing industry with long-term tailwinds.” A 12-month price target of C$0.67 per common share has been set by Capital Y Management, which would equate to a C$68 million enterprise value for PlantX.

According to the report, PlantX’s partnerships with Amazon and Walmart would probably generate an extra 12% of sales for the business. The stock of PlantX, according to analysts, could eventually be valued “between C$1.52 and C$2.91 by the end of the 2025 financial year.” The massive runway for growth ahead of the company and this price prediction allows investors potential multibagger returns in the long run.

There is no doubt that PlantX has the potential for a promising future. Despite the economic uncertainty, PlantX’s revenue has consistently increased in recent quarters. In June 2022, PlantX generated $1.4 million in gross revenue, a 97% increase over the corresponding period the previous year. The company has formed many strategic partnerships and is also entering the $284 billion alcoholic beverages market. With its diverse product and services portfolio, the company is well-positioned to experience strong growth in the rapidly expanding plant-based market.

Capri Holdings stock has suffered a significant sell-off this year despite robust growth. The stock is down 27% this year but that has only attracted institutional investors to the company. Hedge funds such as Counterpoint Mutual Funds LLC and National Bank of Canada FI have increased their stake in the company this year. Despite macroeconomic challenges, the company delivered solid Q1 2022 results and issued above-consensus guidance.

Capri Holdings Limited is a global fashion group that designs, manufactures, and sells a wide range of fashion products such as apparel, accessories, watches, jewelry, and eyewear. Michael Kors, Versace, and Jimmy Choo are three of the world’s most popular and iconic brands owned by the company.

Inflationary pressures may cause a temporary slowdown in spending on fashion and luxury items but Capri Holdings is well-positioned to grow with the high-end fashion market expected to be worth more than $100 billion by 2026.

Economic uncertainty will continue to drive market volatility, and in the short term, investors may see companies with strong fundamentals dragged down by the negative sentiment surrounding the global economy and stock markets. Companies that have sufficient resources and have taken strategic steps to weather these macro challenges are likely to come out on top in the long term. The three companies introduced in this article are examples of such companies that could reward investors handsomely in the long run.