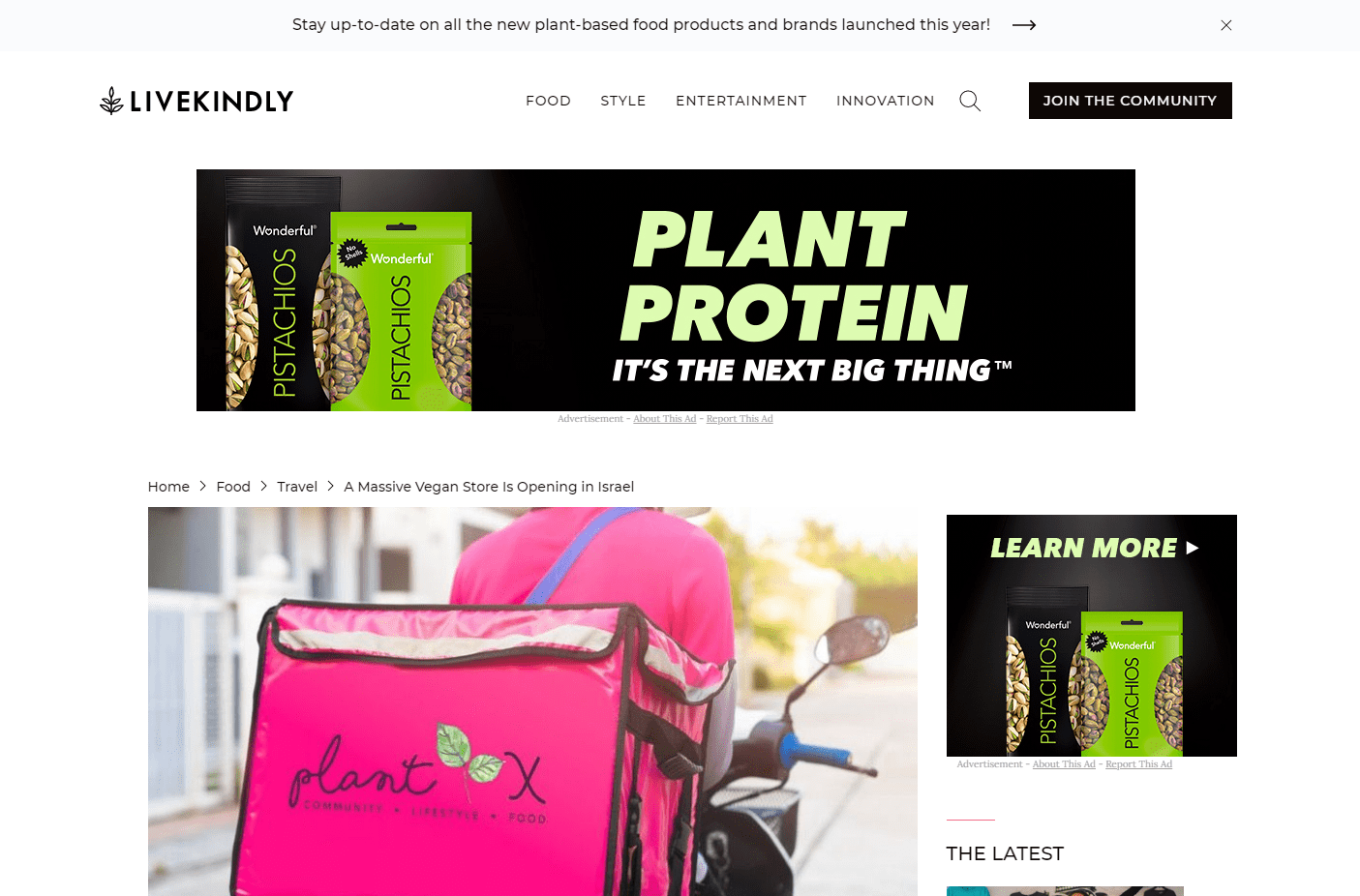 Vegan lifestyle company PlantX is expanding internationally with the launch of its e-commerce platform and new vegan store in Israel.

The brick-and-mortar vegan supermarket will be the Canadian brand’s third after the planned launch of its San Diego, California, and Squamish, British Columbia locations. PlantX will first expand its e-commerce presence to Israel, where it will offer a similar selection of products and services to its North American platform.

These products include groceries and other essentials, vitamins, beauty products, indoor plants, and ready meals. PlantX also offers meal delivery options and a vegan restaurant locator. When finalized, each brick-and-mortar will include a shop, cafe, restaurant, and even a vegan education center.

The brand aims to introduce popular, plant-based brands from the U.S. to its Israeli customers, and vice versa. In total, PlantX currently offers more than 10,000 products to its North American customers.

According to its press release, PlantX Israel’s operations will be led by the VP of Israel Operations Ms. Mili Ben David, who is currently based in the country. Ben-David will be joined by the VP of Global Expansion Mr. Michael Blicher, who will relocate in order to join the new team.

The pair will locate a suitable site for the new vegan store. In addition to building relationships with chefs, nutritionists, brands, and the Israeli vegan community in general. This expansion will also include the establishment of franchise locations throughout the country. As planned in Canada and the U.S., through its continued partnership with the brand-aligned company Iris Construction.

“We are thrilled and excited to expand our e-commerce platform to another international market,” said Blicher. “To provide Israeli consumers with enhanced choice, widen our product offerings with Israeli brands, and offer the unique PlantX shopping and customer service experience to Israel.”

“Seeing our company grow around the world so quickly is very exciting and we could not be more pleased with our expansion,” said PlantX founder Sean Dollinger.

According to 2017 data, Israel has the highest number of vegans per capita in the entire world.

More than five percent of Israelis say they are currently vegan. And the growing number of plant-based restaurants — thanks in part to a Mediterranean-style national cuisine — have seen Israel rank highly on several different lists of vegan-friendly countries.

“Israel overall has a strong leaning towards plant-based products,” explained Blicher. “Due both to emerging trends and dietary laws that many Israeli Jews follow that prohibit meat or dairy following eating one or the other.”

The city of Tel Aviv, in particular, has a significant number of vegan and vegetarian restaurants. While a significant portion of its eateries are now forgoing traditional egg completely in the popular breakfast dish of shakshuka. The populous municipality is also home to the world’s first-ever lab-grown meat restaurant, The Chicken