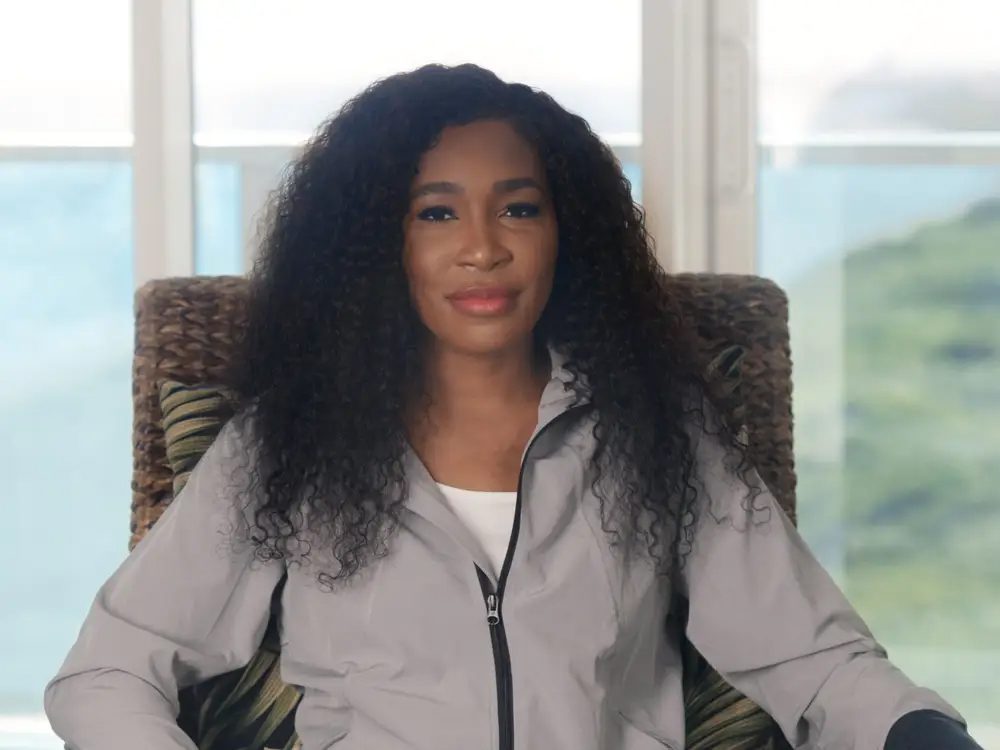 Venus Williams has been eating a plant-based diet for a decade, and she told Insider it’s transformed her tennis performance, skin, and overall health.

After being diagnosed with the autoimmune disease Sjögren’s Syndrome, which causes joint pain and fatigue, in 2011, Williams’ future in tennis looked shaky. Transitioning to a vegan diet, however, was a game-changer.

Not only does a plant-based lifestyle allow Williams to manage her condition without medicine, she said, but it’s improved the appearance of her skin, and research supports this.

“Plant-based definitely changed my life, it made my skin amazing,” Williams told Insider, and she’s not the only person to have experienced the complexion-boosting benefits of cutting out dairy and increasing fruit and veg consumption.

The diet has been so effective, Williams threw herself into the lifestyle, launching her own vegan company and invested in others. Now, Williams says, other athletes turn to her for advice on how to cut out meat without dampening their athletic performance.

Williams’ diagnosis was the initial motivation to switch up her diet, and it was sister Serena who suggested she go raw vegan — only eating raw, plant-based foods — which she did before transitioning to a more relaxed plant-based approach.

“Living with an autoimmune disease, things can get a little tricky and you can be on loads of medicine, and that’s not something that I want to do,” she said. “So to be able to control as much as I can — what’s happening in my body, my inflammation levels — through what I eat is a godsend.”

Williams, who has just qualified as a wildcard for the Madrid Open, said going plant-based not only changed her performance on the court, but made her skin “amazing” too.

She is now a vocal advocate of how a plant-based diet can fuel the active lifestyle of a professional athlete, having launched her own vegan protein brand, Happy Viking, in 2020.

“I need to refuel and provide protein to my muscles quickly after I work out for recovery and to maintain muscle,” she said. “So Happy Viking was created to fuel your inner fighter, your inner Viking, while feeling happy and satisfied about what you put in your body.”

Williams is pouring even more into veganism, investing in PlantX, a plant-based grocery store vying to be the one-stop-shop for all vegan needs in the US — or, as Williams put it: “the vegan Amazon.”

Being a plant-based athlete can be hard when traveling round the world for tournaments, Williams said, so much so that other athletes ask her for tips.

Her advice? It’s all about balance.

While a vegan diet can consist of largely whole foods, fruits, and vegetables, there’s also lots of vegan “junk food,” from Oreos to Doritos.

Eating large amounts of highly processed vegan food is unlikely to lead to the skin-boosting benefits Williams has experienced.

“If you go vegan and are primarily eating simple carbohydrates, I think that the benefits of going vegan decrease. Having pasta with sweetened tomato sauce all day without any other beneficial vegan ingredients won’t help much,” dermatologist Papri Sarkar previously told Insider.

However, most health and fitness experts advocate a balanced diet of everything in moderation, as cutting out all your favorite foods is unsustainable for most people.

The “80/20 rule,” championed by Denise Austin among other health professionals, involves eating nutritious foods 80% of the time, and enjoying less nutrient-dense items like junk food the remaining 20% of the time.

“I’ve never met a French fry that wasn’t vegan,” Williams said. “I’m definitely not a robot. You can reward yourself and have fun eating as well. There are so many more athletes doing it and sometimes they ask me how to do it. So, I tell them, ‘Hey, sometimes you just have to have some pie.'”

Venus Williams’ love of fries predates her transition to a plant-based diet, as this 2004 photo shows. Getty/Paul Warner

Williams calls herself a “junk food junkie.” Previously all about donuts, her current obsession is pie, specifically apple. She doesn’t make her own though, because she’d eat it all the time, she said.

It took Williams’ “very picky” mother a while to come round to plant-based meals — the tennis star only recently earned her mother’s seal of approval on a plant-based mushroom soup — but Williams said her family have been hugely supportive of her diet, with Serena being mostly vegan too.

The sisters are as close now as when they were kids, Williams said, and she thinks they’ll always act like children with each other.

Very active on Instagram, Williams recently amused her 1.3 million followers with a reel proving the sisters still like to poke fun at each other.

Williams told Insider she’d invited Serena out for dinner at a restaurant, Serena declined, but the older sister went anyway with another friend.

“So I go, and then the next thing I know, she shows up and I was like, ‘You’re kidding,'” Williams said.

She got her revenge by giving Serena, who was dining with husband Alexis Ohanian, her bill, which prompted Serena to take her sister’s drink.

“It was a true story,” Williams said. “She loves to do things like that though. If you’re reaching for a French fry, she’ll grab that fry. She’s literally a little sister.”